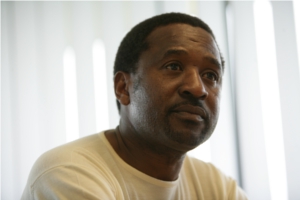 DWEB holders were required to achieve CACDP's highest level examination within five years to remain on the register. As a consequence, the number of registered interpreters fell sharply to just 62 in 1987. Since then numbers of registered professionals have grown steadily. In the 1990s it became clear that registration was having a positive impact on improving the standards of sign language interpretation. After lobbying by users of other communication services, CACDP opened registers for lipspeakers, speech to text reporters and interpreters for deafblind people to bring the benefits of regulated practice to these professions.

As the numbers of registered sign language interpreters increased the growing need for independence in matters of policy and professional standards became clear. So in 2002 CACDP passed governance of the register to a body newly established for that purpose. The Independent Registration Panel (IRP) started work administering the Register of BSL/English Interpreters in England, Wales and Northern Ireland on 1 April that year.

As in the nineties the benefits of developments in registration for sign language interpreters became clear to users of other communication services. In August 2006 an independent body called the ACE/Deafblind Registration Panel was established to administer the registers of lipspeakers, speech to text reporters and interpreters for deafblind people. This panel added a register for electronic and manual notetakers in 2008.

Once the two panels had been in operation together for some time CACDP commissioned its planned independent review of both registration services. The consultancy appointed to complete the review consulted with both independent panels, registered professionals of all disciplines, service users, and other key stakeholders.

The consultation report The Future of Registration was published in the summer of 2008. It contained recommendations to establish a single registration body with common policies and professional standards for all disciplines.

At the end of 2008 the Independent Registration Panel and ACE/Deafblind Panel were disbanded. On 1 January 2009 the National Registers of Communication Professionals working with Deaf and Deafblind People was established. The operations and responsibilities of both previous panels were adopted by the new board of NRCPD.